Everybody knows collaboration fuels innovation — you can’t create good ideas without it. Leaders recognize this and are expecting teams to step up. While many people truly want to collaborate and are trying hard, they face some very real barriers (barriers that leaders don’t face to the same degree).

The 2019 Steelcase Active Collaboration Study revealed some of the biggest issues workers face are the spaces they work in and the technology that’s available to them. Seventy percent of people are stuck with traditional conference rooms, that are creativity killers — the design of the room and cushy chairs actually prime people to sit in a more passive behavior, which quickly leads to disengagement and even negativity. People don’t get up and actively engage in conversation and idea generation. The majority of people (72 percent) want to be able to move but only 53 percent can.

According to our study the vast majority of people feel technology could do a better job helping them collaborate and less than 20 percent of people say they can collaborate spontaneously.

70% can’t access the information they need in real time, slowing down the creative process

68% struggle to stay focused amid visual distractions, interruptions and noise

The best collaboration happens when people are actively engaged in their work. This happens when space and technology are seamlessly designed for people to work shoulder-to-shoulder, participate equally and bring their ideas with them throughout the day.

Roam Where You Want To

Give your big ideas the freedom to take off

Collaboration just got easier. Microsoft Surface Hub 2S is a next generation, all-in-one collaboration device built for teamwork that can turn any space into a collaborative space. The sleek slim design allows it to go into any size room using the Steelcase Roam Mobile Stand or easy-to-hang wall mounts, designed specifically for the Surface Hub 2S. Now collaboration can happen anywhere, anytime, any way.

Steelcase Roam enables teams to collaborate anywhere with a mobile stand that can be moved with one hand. Its small footprint allows it to fit in all kinds of spaces, from enclaves or huddle rooms, to enclosed rooms or open social spaces. Used for remote collaboration, your distant teammate can actually move around with you and participate more fully.

Great ideas can’t always be scheduled. When they pop up, you want to keep them moving. Surface Hub 2S and Steelcase Roam let you collaborate in planned sessions or spontaneously, whenever good ideas strike.

Collaboration takes multiple forms, all of which are important to innovation:

Generative collaboration is the most difficult and elusive. “Eureka!” moments require a different approach. The right set of tools and environment can help teams do the mental heavy-lifting required to come up with new ideas.

The Science of Collaboration

How the body activates the brain 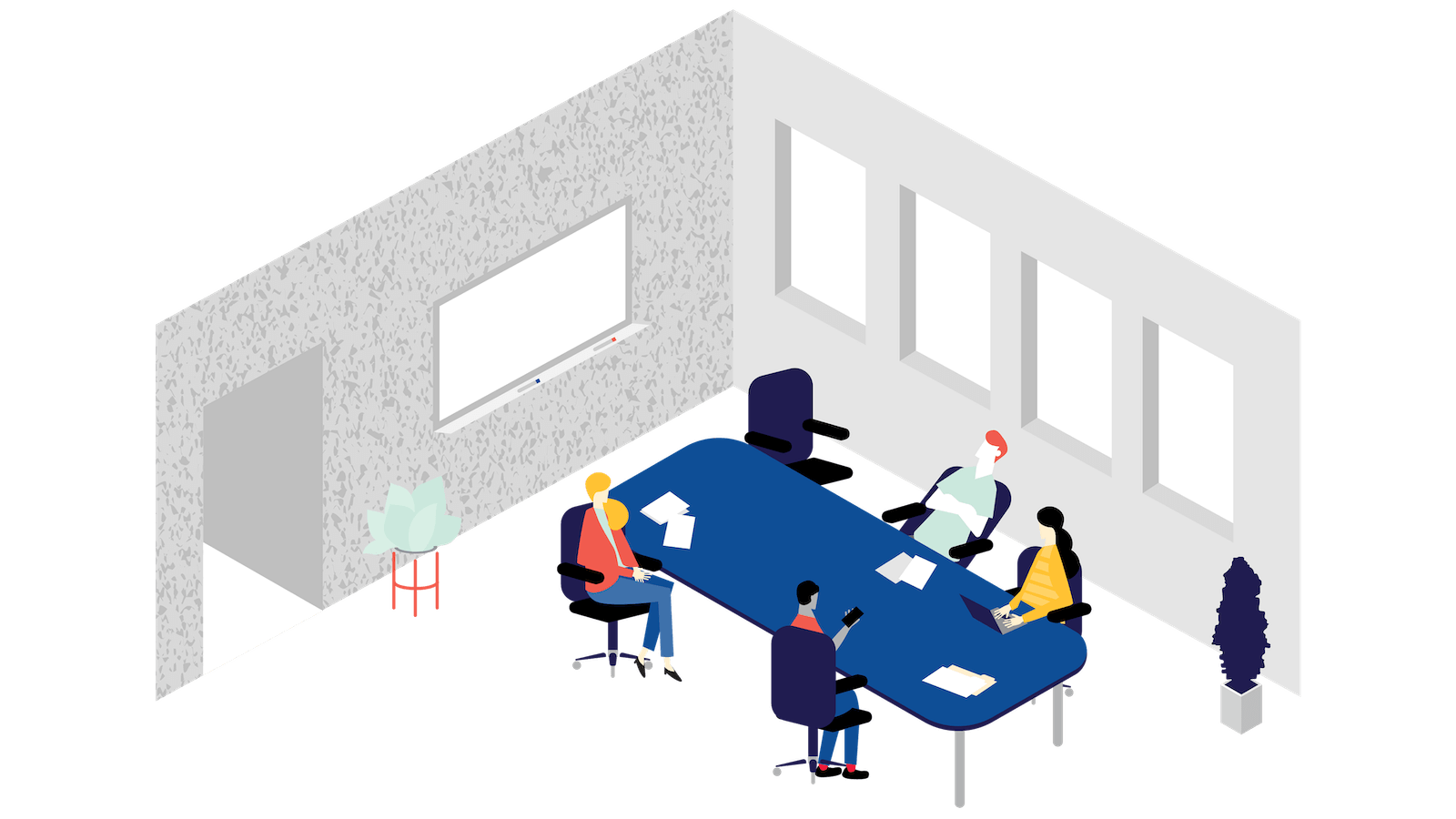 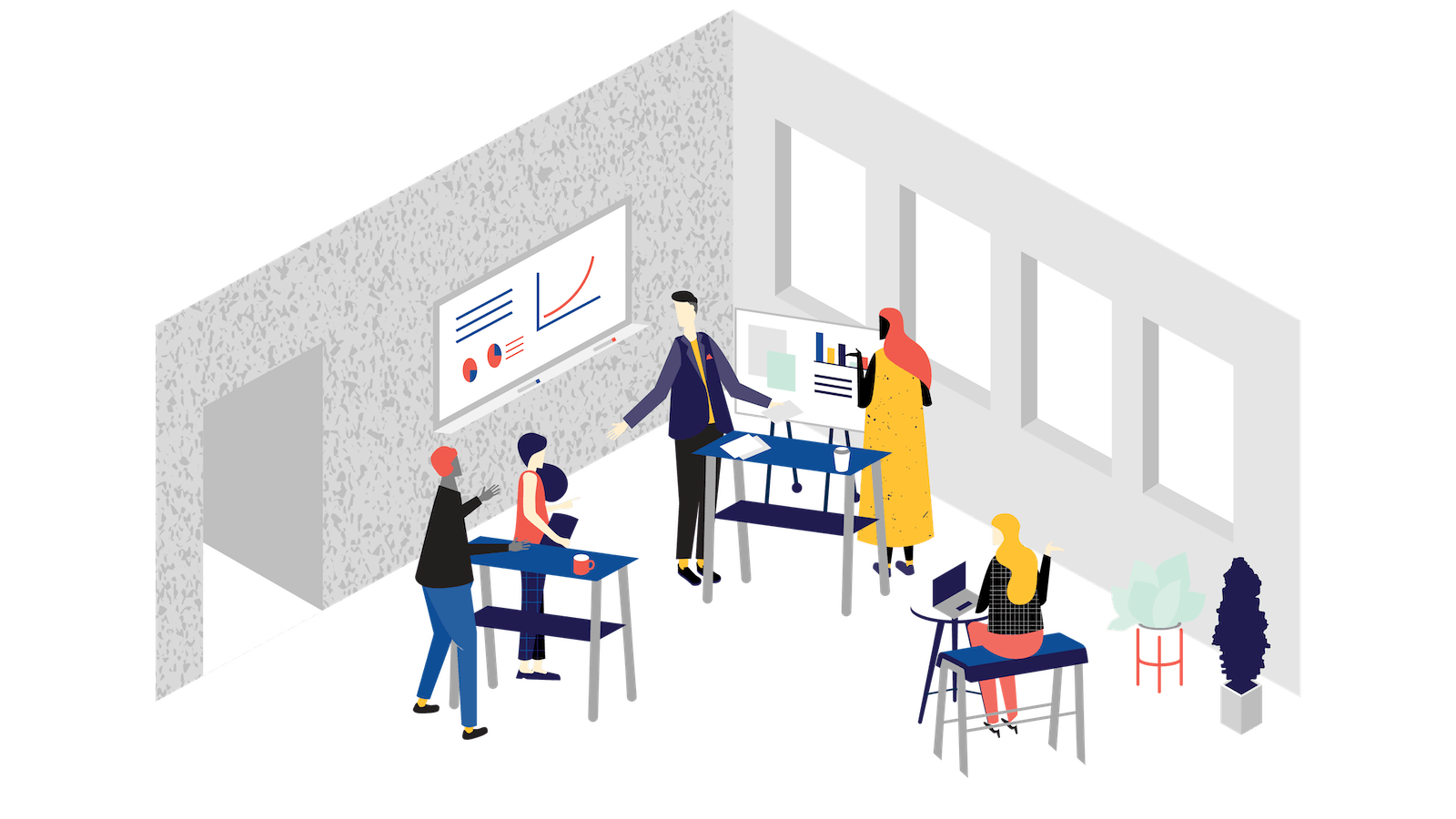 Neuroscience has found a well-established relationship between physical activity, creativity and learning, which are key ingredients to innovation. Active collaboration is a new concept, inspired by our research into active learning and embodied learning from the classroom. It’s all about encouraging people at work to get out of passive behaviors and become more physically and emotionally engaged in the creative process.

Physical movement engages cognitive-processing areas in the brain, which research has shown to help offload working memory. This allows people to free up energy in other areas of the brain to develop novel ideas. Static sitting sabotages our ability to concentrate. Standing or moving throughout the room boosts attention by pumping oxygen and fresh blood through the brain. Research has also shown using our hands to gesture, draw or write, engages our sensorimotor systems not tapped when inactive. Environments that allow for a range of postures and positive stimuli also encourages engagement.

Stanford researchers found that walking boosts creative inspiration: It increased a person's creative output by an average of 60 percent. In another Stanford study conducted by the d.school and reported in the book “Make Space,” researchers looked at four prototype spaces to understand how working environments impact collaboration. The space that encouraged students to stand and move around “facilitated a hearty crop of ideas.” Conversely, “students comfortably seated on couches often settled back into criticizing others ideas rather than jumping into creating new ones.”

Microsoft Surface Hub 2S and Steelcase Roam support active collaboration by encouraging physical activity to promote better cognitive outcomes and emotional engagement. Teams feel a sense of shared purpose and encouragement to explore and build on each others ideas.

Read the full story about the science of collaboration.